ALBERTA BEGINS – ALBERTANS COMMITTED TO A STRONG AND PROSPEROUS FUTURE

Not so long ago, when Alberta was humming along economically, billions of dollars were generated from the energy industry and it flowed in abundance around our province and across Canada.  Many of us remember this as the good ol’ days. 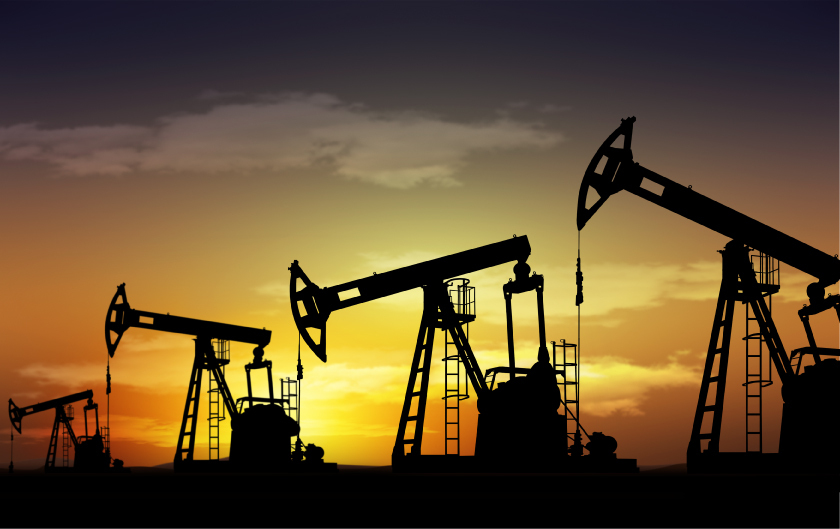 Yet, during those times of abundance and prosperity in Alberta, we still managed to find a way to ignore most of our startup companies.  We often chose to leave them to fend for themselves, and many of them starved to death financially.  Others that did manage to survive wound up being bought out at bargain basement prices and then moved to the United States to grow into successful companies.  We’ve done this for decades now.

We get it.  We need to do things differently.  If we choose to do the same thing over and over, we should be considered as a classic example of Einstein’s definition of insanity.

We need to leave the past behind, forget about what is mistakenly perceived as nostalgic, and focus on what we would like to see realized in our future and that of the generations which will follow us.

“Alberta Begins” is about raising the consciousness of Albertans and bringing forward a new, viable, long-term vision for our province.  The vision we choose to aspire to, however, must be able to recast our identity and our place in the world. 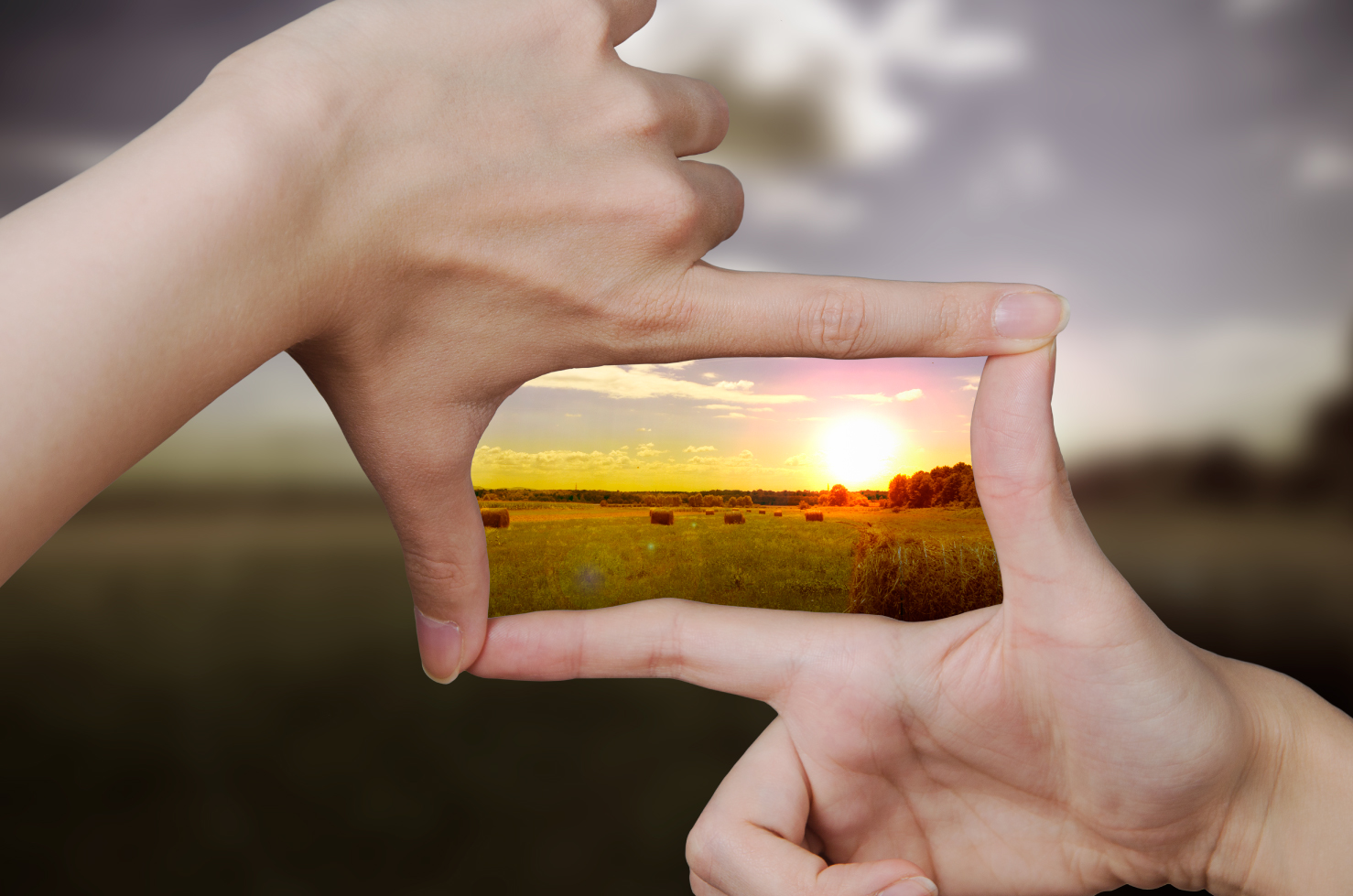 For the sake of discussion, let us assume that our vision is a simple one, “Alberta is recognized as the most prosperous region in North America and where people choose to live in order to enjoy the highest possible standard of living.”

Let’s give ourselves permission that this is something worth pursuing.

Let us also assume that all matters of socio-economic factors, systems and globally acceptable standards align with this vision and all measures of performance are in place to track our progress towards that vision.

It makes sense to measure what matters to us.

However, it is not enough to adopt a vision – we need to put forward a mission which engages enough of us to achieve related goals and steps which support the vision.  Let’s consider our mission as, “Applying existing and new techniques for commercializing technology successfully and growing related companies in Alberta for the long-term.”

Why would we choose this particular mission?

There is compelling evidence that unless we adopt new approaches for helping start-up companies in Alberta commercialize their technologies, we will fail to realize our potential for true diversification and simply continue to oscillate economically between the highs and lows of the energy commodity cycle.

Consider for a moment Alberta’s own version of ‘Ground Hog Day’.  Generally, it starts with high (and rising) commodity prices for hydrocarbons that attracts an abundance of investment, which then overheats the economy with demand for employment (typically the trades), and inevitably results in inflating wages, housing and other related services – all of which quickly become unsustainable.  When the commodity cycle abruptly ends, Alberta’s economy goes into a general tailspin with the cancelation of projects, shedding of jobs, a subsequent decline in wages and housing prices and that ultimately results in a general economic malaise for several years. Government deficits and accumulated debt cause additional difficulties for providing sufficient funding of public services such as health, education and infrastructure. 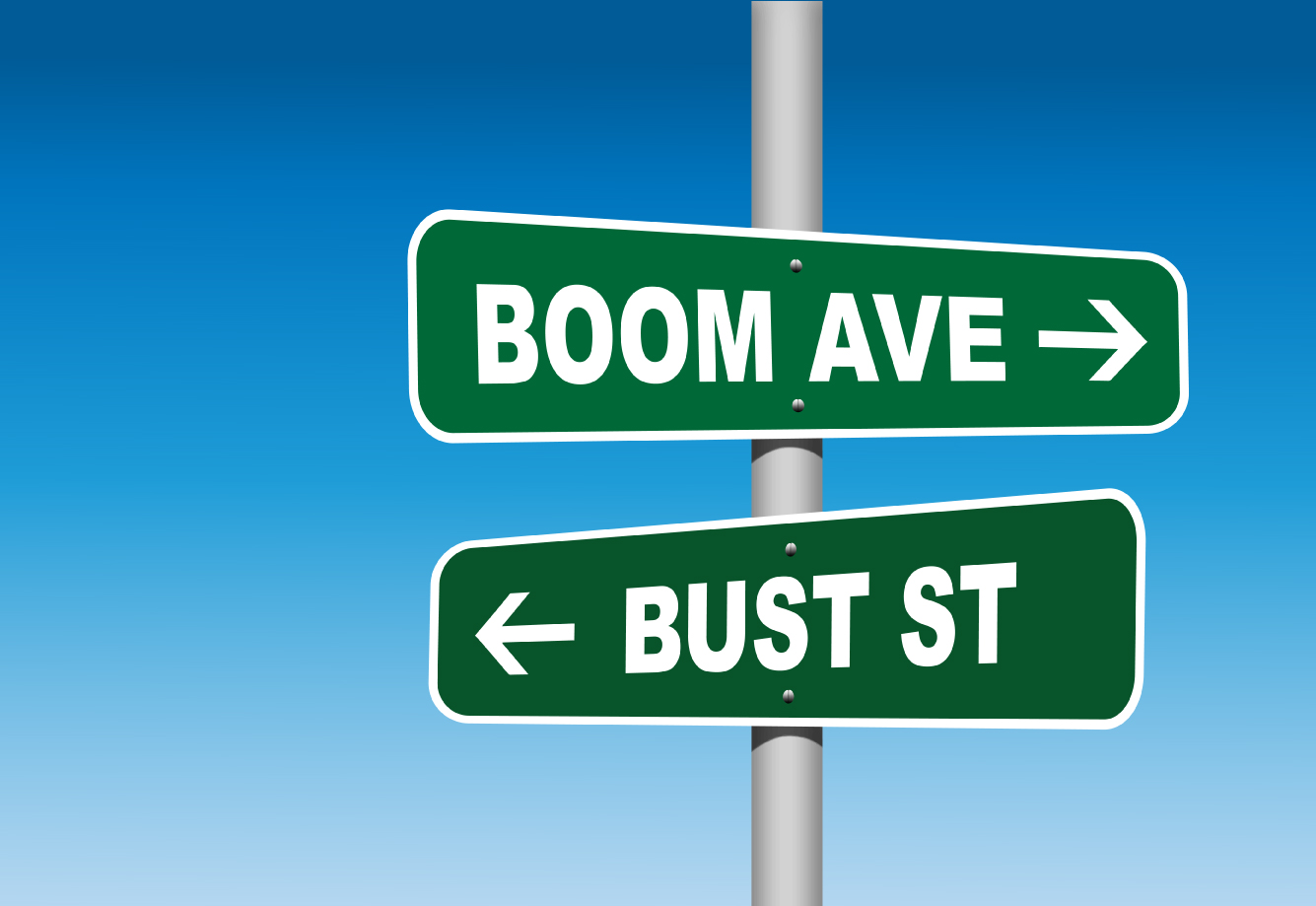 Does this sound familiar?[1]

Near the bottom of the economic cycle, talk on the streets is focused on the concept of diversification and the need to look at different ways of creating new revenue streams which are sustainable over the long-term.  However, right at the point in time where serious steps are about to be taken by policy makers to actually diversify the economy, the commodity cycle kicks in again and the pressure is off.  Diversification is placed on the back burner and Albertans are generally relieved that the economic crisis is over.  Governments are then able to take credit for surviving a terrible economic condition and convey good news that the deficit is projected to be eliminated in the next budget and the debt will be reduced over the next ten years.

And the loop repeats…over and over again.

In order to break away from this repetitive condition, we require a different roadmap for pursuing our vision for prosperity and achieving a very high standard of living for Albertans.

So, why would we focus on technology commercialization as our prime mission?

Consider, for example, the fact that the top ten Internet based companies (which did not exist or barely just started 20 years ago) generated revenue of approximately 345 billion Canadian ($270B in US funds) in 2015. 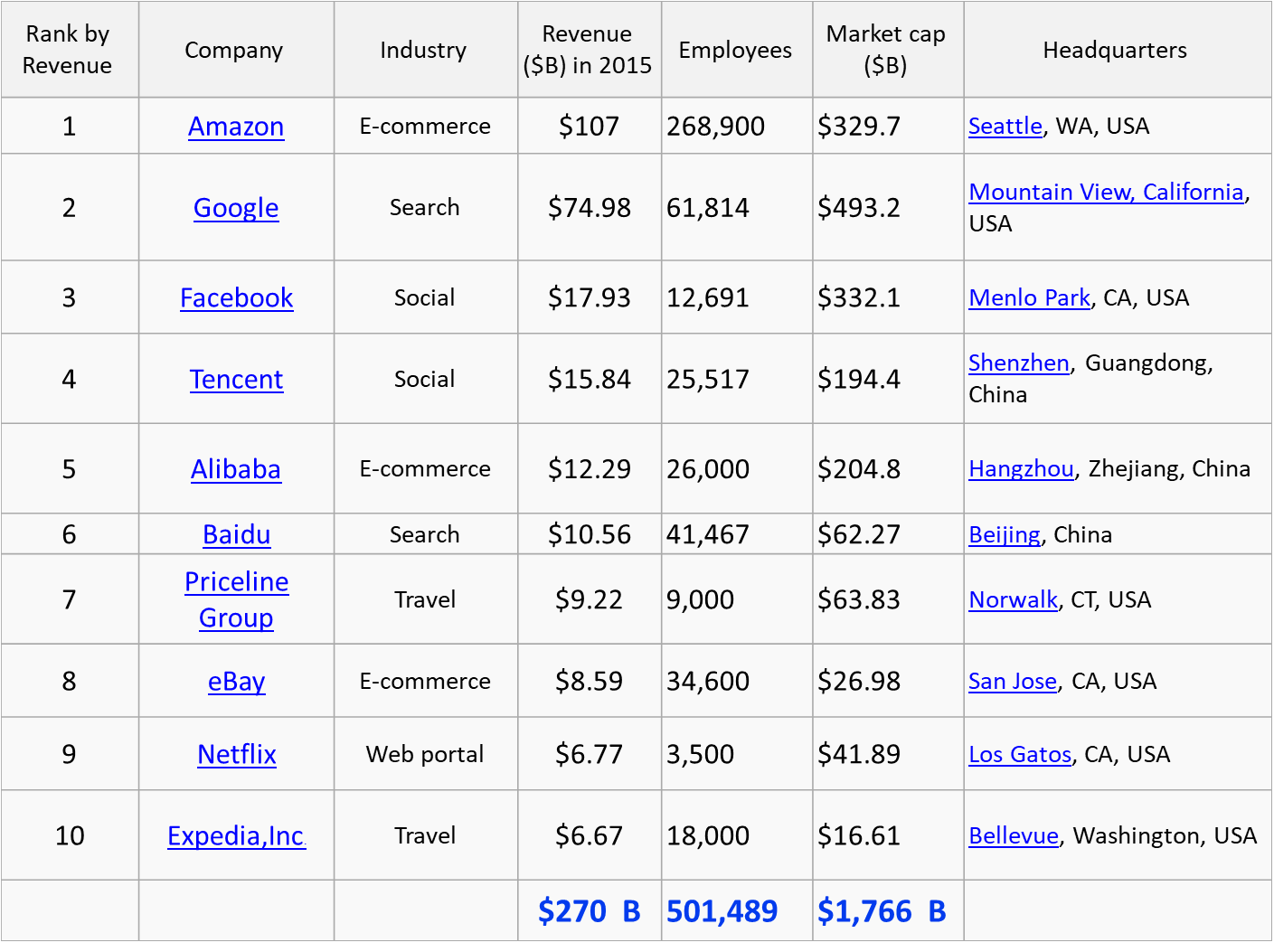 In comparison, the total GDP in 2015 for Alberta was about $333B (CDN)[1].  Basically, ten companies generated more revenue that Alberta did – and these companies are relatively young!

This example demonstrates that Internet 1.0 which focused on the ‘exchange of information’ has had a profound effect, transforming the way the economy works compared with the relative value of traditional activities which historically have been our primary engines for growth and prosperity.  The result is the increasing dominance of intangibles – the non-physical dimension of the economy which are represented by ideas, innovative systems, and algorithms which are underpinning new and significant value generation.

It is reasonable to believe that value generated in the future will come largely from intangibles.

Intangible asset development, a key derivative of technology commercialization, can be the means for Albertans to realize prosperity and achieve much higher standards of living in the coming years.  For example, we are just in the early stages of Internet 2.0, which is based on the ‘exchange of value’ (e.g. Blockchain) and where intangibles will be created and exchanged directly between buyers and sellers.  It is expected that Internet 2.0 will have a much greater economic impact on the economy than its predecessor.  As Albertans, we need to become more aware and take the time to understand the potential implications and opportunities.

We see the potential of a new province rising – one which engages Albertans on a mission like the one mentioned here. 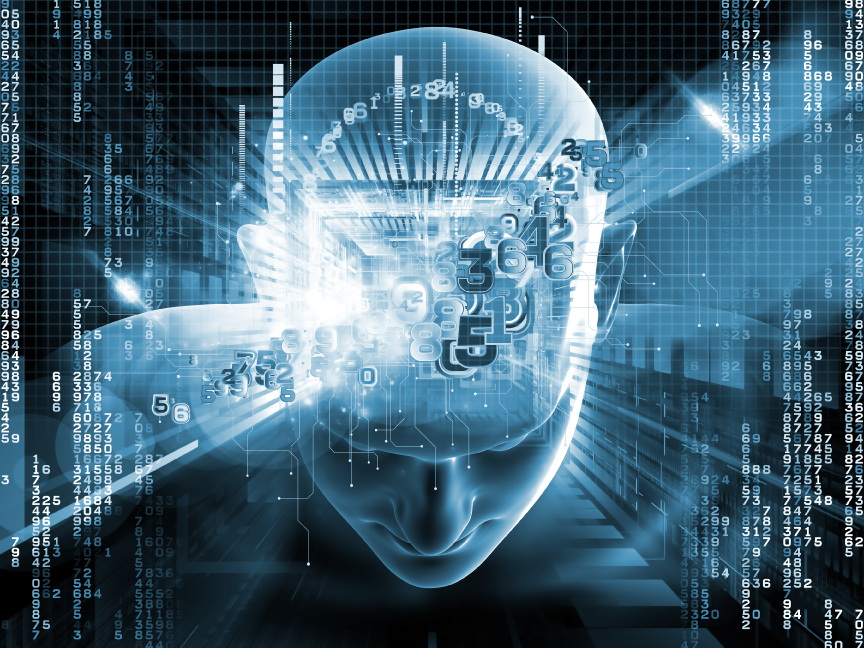 A small group of Albertans, in collaboration with the Alberta Council of Technologies and River City Credit Union have committed themselves to set up a new corporation called TechInvest Alberta Inc.  TechInvest Alberta (www.techinvestalberta.com) is an investment and commercialization vehicle which is focused on intangible asset development and utilizing the emerging systems of Internet 2.0 to launch and grow new companies.  This effort marks the beginning of Alberta’s future as it relates to new methods and opportunities for value generation in our province.  Albertans will be invited to participate in this effort through TechInvest Alberta when it officially commences operations in the summer of 2018.

“Alberta Begins” is our theme and represents the collective starting point for taking action on the province’s future.  It is intended to involve regular Albertans who also believe that there is a better roadmap for creating our preferred future.  Taking action now will enable us to build the foundation for sustained prosperity and for achieving a high standard of living for all Albertans.  Let’s work together and make this happen!

If you would like to receive more information on this initiative, please feel free to contact the author at: don@techinvestalberta.com

Is Alberta’s Economy Half Full or Half Empty?
Scroll to top