IS ALBERTA’S ECONOMY HALF FULL OR HALF EMPTY?

The next time you lift your glass in a toast or imbibe quietly in the corner, take a moment to pause and reflect on Alberta and its economy.  To a greater or lesser degree, most of us survived the latest downturn.  There appears to be some sign of life in the energy market but it just doesn’t feel that great yet.  It still seems to be missing some economic sizzle.  Perhaps, it’s simply time to change things up.

At some point, most of us have pondered the old question, “Is our own glass half-empty or half-full?” 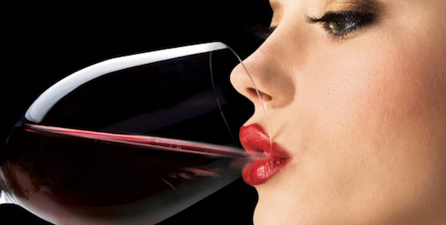 As an Albertan and like most other people, we first take into consideration our own personal circumstances, expectations and options to do what’s in our own best interest. Many of us still believe we have the freedom to choose our destiny and, once in a while, we might pause and check where we are on our personal roadmap and make adjustments along the way.

But, how do you feel about Alberta’s current situation?  Is Alberta’s ‘glass’ half-empty or half-full?

In order to answer these types of questions, we are forced to look outside of our own personal circumstances – beyond what we can directly perceive or control.  It is fair to say that most information we rely on to form opinions comes from almost everywhere else.  All of us receive a text or email from a friend, a new blog posting, along with everything that Snapchat, Twitter, Google, Facebook and the general media can do to engage us and then help us come to feel a certain way.  What we believe is our personal opinion really isn’t. The whole process often results in us limiting out our own genuine perceptions of the world as we become reliant on outside influences to “know how we feel” about things.

If we are to create a new socio-economic destiny for Alberta, we need to believe that, first, it is possible for individuals like ourselves to be active agents for change. 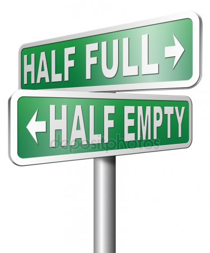 It’s because our degree of optimism or pessimism in the half-full vs. half-empty glass drives the type and amount of change we are prepared to put in play to satisfy our expectations.  At any given point in time, Alberta is the sum of all the half-full and half-empty glasses across the province, including those in our communities and workplaces.  Change is largely driven by how we perceive things and it is the type and degree of optimism or pessimism which influences each of our choices and, ultimately, those of others.

As we all can now appreciate, technology plays a big part in our perception, especially with social media and communications technology connecting us in new communities of interest and relationships, faster than ever before. As Jonathan Haidt stated in his book, The Righteous Mind, we react instinctively to what we perceive unconsciously, then generate a primary emotion (which we feel consciously), and then we rationalize ourselves into supporting the feeling we generated.  Our exposure to social media helps us support how we feel about things both by selecting what we would like to see and hear, but also what we accept and incorporate into ourselves from other people’s feelings, in part, by our desire to be accepted by our peers.  New social media tools keep us engaged because we are rewarded by feeling like we are both right and supported by those around us at the same time.

All of this is influenced by technology in ways many of us may not have suspected, until recently.  Facebook, Google and others represent technology platforms which indirectly shape our perceptions and, ultimately, our behaviour.

The point is that we can no longer afford to remain passive recipients of information that is meant to occupy our thoughts and influence our behavior to the point which lulls us into complacency or, at best, limits us in our efforts to effect constructive change.

Earlier in this article, when you were asked whether Alberta’s ‘glass’ was half-full or half-empty, it made sense that you picked either one or the other.

For example, chances are that if you perceived Alberta as having a half-full economy, you were less likely to challenge current conditions. You might not like all the things that have been going on but you would be less likely to risk drastic changes which might end up having the proverbial baby thrown out with the bath water.  You would also likely favour institutions staying as they are, convinced that the health care and education systems, while a bit challenged, are still working and functional.  From your point of view, incremental change is seen as acceptable, however, disrupting our existing systems is simply not a reasonable option.

If you perceived Alberta as having a half-empty economy, you might believe that maintaining the status quo has become a problem and has put us in a lot of difficulty.  This includes things like large annual deficits and challenges arising from a boom/bust economy.  You likely would have raised questions about the viability of our institutions, infrastructure, health care and education systems and, of course, the policies we use to sustain them.

With Albertans in both camps, we have become trapped in the dichotomous perception of our half-full and half-empty economy.  This near stalemate is characterized by polarized opinion and any action taken is essentially neutralized by the opposite viewpoint.  At best, themes from one side or the other become adopted as planks of political parties and are translated into policies that coincide with four-year election cycles.  All of this entrenches our society in the same story which is repeated endlessly. 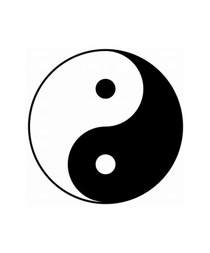 Yet, if we truly believe we can be masters of our own destiny, then we should be able to choose a different path which can give us the power to create what we would like to see; one that builds a strong and vibrant identity for our province while bringing Albertans together to deliver on a common mission.  We can gain a common understanding of our own province much better from a ‘yin and yang’ point of view – where two seemingly irreconcilable conditions actually complement, rather than oppose, one another.

For example, given that technology can be used a major catalyst for change, we can apply it strategically to bring about a transformation of our province across multiple sectors.  We could transcend the current condition of misperception and prolonged personal biases which currently restrict our ability as a province to move forward. 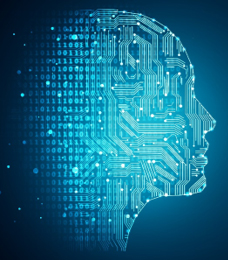 In order to move forward, one of the first things we need to do is to identify our top priorities in order to form technology clusters, which we believe have the best prospects for long-term growth.  These clusters would include startups or companies which have a common interest in areas such as health care, alternative energy, food production, robotics, etc., and can be brought together using shared support and management systems. By bringing these organizations together, they could reach their collective critical mass in terms of their presence and relevance in the marketplace.

Once we have our first clusters identified, we can then foster commercialization of related technologies by aligning these clusters with appropriate supply chains.  For example, Alberta’s health care system is very large and can be used to provide opportunities for startups to enter into real market conditions, generate cash flows and grow their businesses here at home.

Part of the supply chain strategy would also need to consider and address imported technologies, products and services which could be replaced with locally sourced ones.  It would not take huge resources to assess, adjust and systematize supply chain opportunities, and this is the kind of ‘low hanging fruit’ we need to harvest as soon as possible.  The process could be supported by provincial legislation and policies which could, in many cases, incent existing public systems in health care, education, transportation and infrastructure to embrace this type of integration.

The true starting point of all of this is to agree not to bother debating a half-full or half-empty glass, but rather to choose to find ways to fill the metaphoric glass with options we already possess.  Better still, let’s not be satisfied with the size of the glass we’ve had for years now – let’s scale it up and double or triple it in capacity.  Let’s project a higher level of self-assurance and fill this larger glass with larger clusters of innovation, commercialized technologies and opportunities we have only begun to consider. 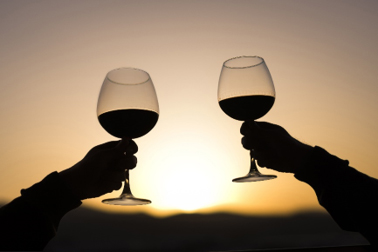 From that perspective, there is little that can hold us back.  Let’s choose to make our future our own and take action for the benefit of the generations which will follow us.

For more information on the initiative to support the development of technology in Alberta, please visit: www.techinvestalberta.com

Alberta Begins – Albertans Committed to a Strong and Prosperous Futur...

leonardodavinci.net Creating a Renaissance in Alberta – Inspiring a New Economy
Scroll to top